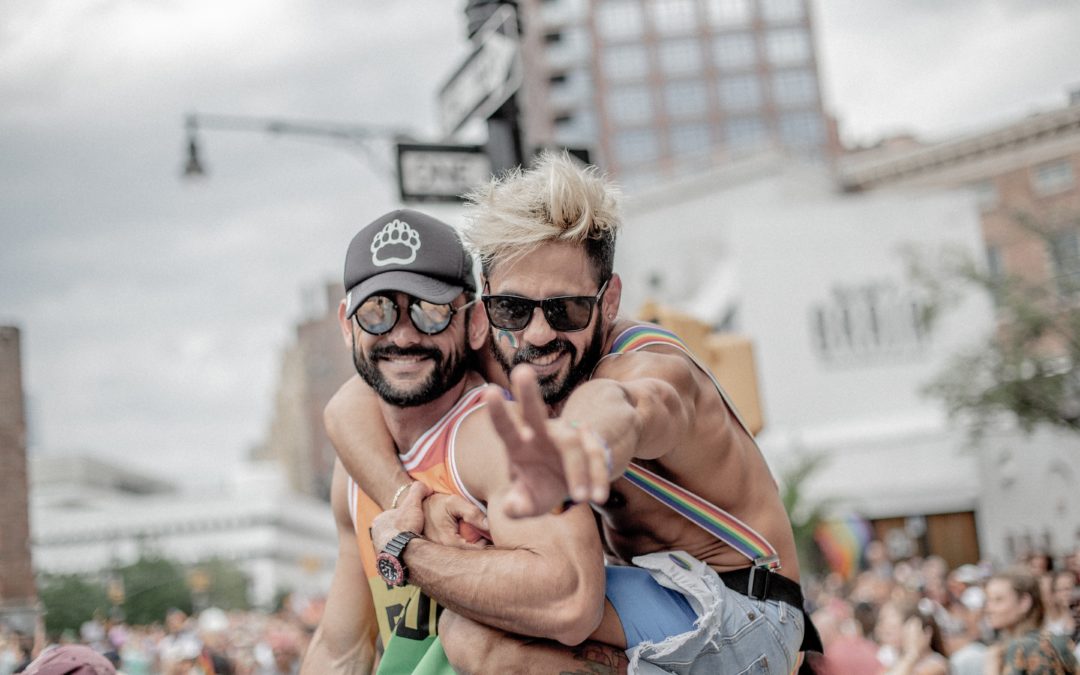 What was once the capital of one of the most oppressive regimes in history is now a flourishing monument of acceptance, tolerance, and celebration. Berlin has it all – safe, beautiful neighborhoods, a thriving LGBTQ community, incredible green spaces, delicious restaurants and bars by the thousands, salacious parties and cultural events unrivaled anywhere in the world, and one of the biggest Pride celebrations in Europe.

It comes as no surprise that Berlin is one of the most liveable cities in the world, regardless of your sexual orientation. It’s especially good if you’re gay, however. Did the introduction peak your interest? Are you looking at the next available flight? Great – then carry on reading. We’ve put together a list of some of the best gay residential areas in Berlin.

The queen of the gay scene, it’s impossible to mention gay residential areas of Berlin without having Schöneberg top the list. Since the 1920s, Schöneberg has consistently hosted a vibrant LGTBQ community, and its legacy still lives on today. Between cozy cafes, quirky museums, bustling restaurants, and a very popular gay bar and club scene, this neighborhood make for very easy living.

Tom’s Bar – a legendary institution with some of the wildest parties this side of the Spree.

Cafe Berio – a gay cafe with a massive street terrace for enjoying the weather.

Memorial to Homosexual Holocaust Victims – a moment dedicated to all the persecution that the gay community faced by the Nazis.

KaDeWe – Kaufhaus des Westens – or KaDeWe – is a luxurious department store, the second biggest in Europe only after Harrods in London.

Prenzlauer Berg used to be the epicenter of East German counterculture, a welcoming home for artists as well as the LGTBQ community. Today the area is one of the most beautiful in all of Berlin, filled to the brim with young families, children-friendly cafes and boutique stores. It’s one of the favorite districts for raising a family and still retains a reputation as one of the most gay-friendly neighborhoods throughout the city.

Mauerpark – a popular park and Sunday destination featuring a huge flea market, street food, buskers by the dozen, and an outdoor karaoke show.

Prater Garten – a massive, historic beer garden that has been in operation since 1837.

Kulturbrauerei – an old brewery that has been refurbished into an event space, showcasing many music venues, stores, bars, markets, and a theatre.

Kastanienallee – an incredibly beautiful street with countless cozy restaurants, bars, cafes, and shops to spend an afternoon or evening at.

Arguably the coolest neighborhood in Berlin (although undoubtedly a vocal crowd is already screaming Neukölln! Neukölln!), Kreuzberg has always been and still is, a haven to artists, immigrants and queer communities.

The district itself is incredibly diverse, featuring different areas each with their own charms and idiosyncrasies. The Bergmannkiez area is a charming neighborhood with numerous quirky cafes and thrift shops; residents close to Görlitzer Park can enjoy the varied street art, galleries, and bars with seemingly no closing time; while the Wrangelkiez area is popular for its gritty, alternative nightlife.

Kreuzberg has something for everyone and has always been a home to those on the fringes of society.

Schwules Museum – directly translated to “The Gay Museum”, the building is a museum and research center with collections focused intensely on LGBTQ culture and history.

Roses Bar – a delightfully kitschy bar on the ever-popular Oranienstrasse.

Berghain – technically just outside of Kreuzberg’s boundaries, Berghain is a mecca for gay and technoculture, and one of the most infamous clubs in Europe.

Like it’s neighbor, Kreuzberg, Neukölln is an alternative and international district that a variety of different cultures and ethnicities coexist within. Home to diverse creative spaces, vast swathes of green areas and parks, more kebab shops and pop up restaurants than you could possibly count, and a deeply creative collective mindset, Neukölln appeals to everyone, not least of all the gay community.

If you’re looking for a gay neighborhood minus the hustle of city life, you’re in luck – Neukölln has that too. Rixdorf, a historic enclave that was absorbed into the city as Berlin expanded, still retains a sleepy, serene village-like feeling, despite its location in the heart of Neukölln.

Klunkerkranich – rooftop bar perched on the top of a shopping mall with sweeping views of the Berlin skyline.

Schwuz – One of Berlin’s oldest and a firm favorite among locals, Schwuz is a gay club that offers a safe space for anyone looking to dance themselves into the next day.

Richardplatz – nestled within the charming neighborhood of Rixdorf, Richardplatz the ideal spot for a slow walk or a glimpse of Berlin as it once was.

Cell63 – an international art gallery hosting the work of artists from all over the world.

Mitte is Berlin’s center, the heart of the city that makes the surrounding Burroughs seem normal by comparison. While many of the older residents have been outpriced due to gentrification, Mitte is still home to a number of different LGBTQ bars and businesses, absolutely breathtaking architecture, some of Europe’s best museums, and is overall a wonderful place to live.

Museum Island – a series of incredible museums, each with their own specific cultural and historical focus.

Monbijou Park – a narrow park nestled on the River Spree; on summer evenings you can watch couples practice their Latin dancing beneath hundreds of different colored lights strung between the trees.

Schokoladen – a bastion of Mitte’s gritty counterculture, Schokoladen is a music venue that supports up and coming musicians, hosting different, often unknown, bands every night of the week.

Photo by Brian Kyed on Unsplash