Things You Can Only See and Feel in Berlin 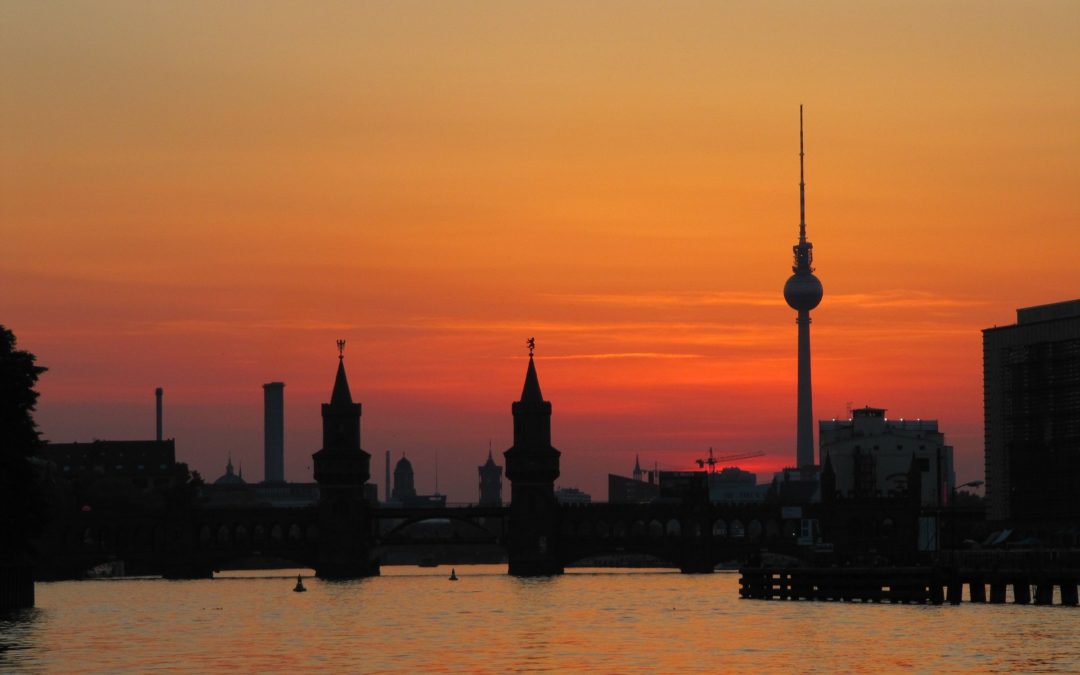 There’s something very unique about living in Berlin.

It’s a feeling that only residents can define, but anyone who has ever walked its streets will have felt in some form or another. It’s a feeling of wonder, of life, of possibility. And it’s different for every kiez. No two districts are the same, nor do they try to be. The people who reside in Berlin, who have chosen this city as their home, are aware of these idiosyncrasies and how quickly they can change from one street to the next. It’s a sense of Berliness, one that they both feel and contribute to. Because Berlin is its people as much as it is its buildings, its parks, its history, and its culture. It’s a feeling unique to here, and it exists in many different forms.

The Joining of Past and Present in Mitte

Strolling through Berlin’s center, it’s hard not to be awe of the way that two distinct sides of history seem to have merged. The relics of communism and everything that came before it can still be seen and felt in the form of the TV Tower, the Berliner Dom, the Reichstag, and the Brandenburg Gate, not to mention the thousands of rebuilt, post-war apartment buildings. These occupy the same space as modern architecture such as the Sony Center, Potsdamer Platz and the new housing developments which have since filled the gaps left by the indiscriminate bombing during the Battle of Berlin.

The feelings of Berlin’s troubled albeit fascinating past can still be felt in many places, but so can the excitement of development and progress. Walk into Hackesche Höfe, for example, and your breath will be taken away by interconnected art nouveau courtyards home to bustling cafes, cinemas, and small galleries, while the alleyway adjacent is a living testament to the alternative subcultures which developed and thrived during the reign of the GDR. It’s a strange temporal contrast, but it’s evident in many spaces through Berlin’s center.

Cheap rents and costs of living meant that many artists, immigrants, bohemians and a sizeable gay community flocked to Kreuzberg in the early 90s. The result of this influx was a neighborhood bursting at the seams with creativity even in the face of near poverty. That creativity is still felt everywhere in Kreuzberg today. It’s in every haphazardly set up cafe, broken bottle on the street, in the very air itself. And while the cost of rent has risen, Kreuzberg has still retained its reputation for being a creative powerhouse, and so draws the same eclectic crowd.

Charm, Elegance, and Refinement in Charlottenburg

Traveling to Charlottenburg can often feel like traveling to another city. For all of Berlin’s strangeness, Charlottenburg is a bastion of normalcy. More than that, it’s a place of wealth, elegance and refinement. Between the shopping boulevard of Kurfürstendamm, the Charlottenburg Palace and Park, the Deutsche Oper and the luxurious department store KaDeWe, it can sometimes feel as though you’re living in an upmarket borough of Paris or New York. It shows in the buildings, the architecture and the residents themselves. Nowhere else in Berlin feels as developed or as affluent.

A World’s Worth of Cultures in Neukölln

The term “cultural melting pot” is as good as any to describe Neukölln, although you probably won’t find many residents using it. But the fact of its diversity is evident as soon as you step foot in its streets. Home to countless doner shops, shisha lounges and vegan cafes, the district is home to immigrants, students and bougie artists from all corners of the world. There’s an undeniable influence of a hundred distinctive cultures, and it’s felt in every restaurant, corner shop, and bar. Fifteen years ago Neukölln may have felt abandoned, or even forgotten. Today, however, there’s a feeling of a rough yet powerful rejuvenation, a testament to the residents who provide precious vitality to the kiez.

The Most Authentic Thai Food in Wilmersdorf

It’s a semi-well kept secret, but Berlin has some of the best Thai food in Europe. And no, it’s not a contemporary fusion restaurant blending pan Asian flavors to amaze diners (although those places do exist). Instead, it’s a small, slightly illegal gathering of Thai locals who get together every Sunday in Preußenpark to sell a host of extremely authentic Thai dishes. It’s a local gem which draws in both tourists and residents and not something you’d expect to find in the center of a German city.

A Beach Holiday In The Middle Of A City in Wannsee

Living in the center of a big city during summer, it’s easy to fantasize about stealing off to the coast for a weekend at the beach. For Berliners, this is no mere dream and something which people take advantage of during the week as well as on weekends.

The western district of Wannsee exists sandwiched in between two lakes – the larger Großer Wannsee and the smaller Kleiner Wannsee – both of which contain long, bone-white beaches. It’s one of the hottest spots during summer and has been popular among Berliners for over 100 years.

Being there, walking along the promenade, past cafes, beach umbrellas, and beachgoers eating ice cream and drinking beer, it feels as though you could be on the Baltic Coast, or maybe somewhere in the Mediterranean. It feels like a beach holiday in the middle of the city. And while it’s not quite the ocean, it’s so close that you can barely tell the difference.

Image by Sylla from Pixabay