What To Expect As A Queer Person Moving To Berlin 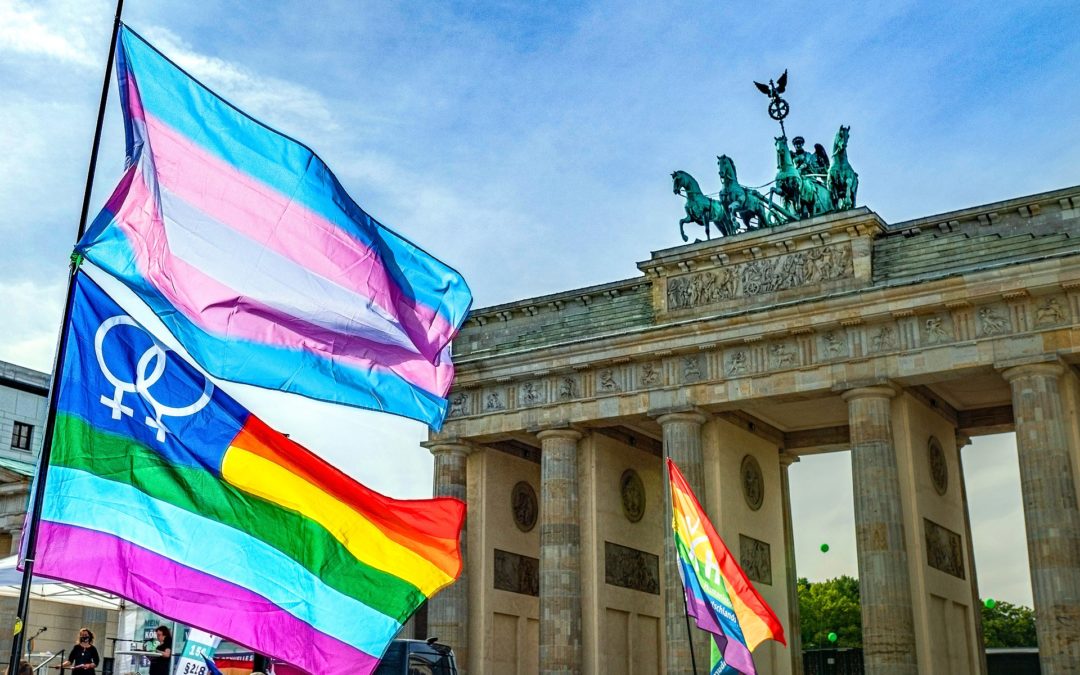 You’ve traveled to Berlin for a weekend. You’ve covered the walking tour, seen everything Alexanderplatz has to offer, fallen in love with the cheap beer and the extravagant people you see in the parks and on the U-bahn. On your way home to whatever city you live in you start thinking, “maybe I could live there…”

It’s not long before these frivolous thoughts start becoming serious considerations. After all, Berlin is meant to be the city for everyone, especially the queer community, and you’re someone queer, so why not?

You make a decision, find conviction… And then the fear comes.

It’s not unreasonable – moving to a new city can be a scary experience at the best of times, which is why it helps to forearm yourself with as much information as possible before you take that leap of faith and buy your one-way ticket to Schönefeld Airport.

We’re way ahead of you. As part one of our “Queer Guide to Finding A Place to Live in Berlin”, we’ll equip you with the knowledge and information regarding everything you can expect from moving to Berlin as a queer person. The first point worth mentioning –

You will find tolerance and acceptance.

And that’s because Berlin is one of the most accepting and tolerant cities in the world. While discrimination certainly exists and can be found and experienced in Berlin – just as in any other city – the majority of Berliners really don’t care about your sexual orientation. Who you love or how you present yourself is your own business and most people respect that, which means you can live your life in whatever fashion you want without feeling like an outsider. If you feel the need to wear ten-inch heels, cover yourself in rainbow glitter, dress in drag while listening to “Dancing Queen” as you do your shopping, no one is going to stop you.

There are a ton of gay-friendly neighborhoods (and not just Schöneberg).

While Schöneberg definitely tops the list as the most historic and popular gay neighborhood within Berlin, it’s not the only one. In fact, the entire city is home to numerous neighborhoods that are full to the brim with gay singles, couples, families, and queer-owned businesses. From Prenzlauer Berg in the north, to Kreuzberg in the East and Mitte directly in the middle, you’ll have no shortage of districts to choose from when you go house hunting.

Berlin has one of the biggest (and, we think, best) Pride celebrations in the world.

Pride – the annual celebration of everything and anything LGBT+ – is a day more sacred than Christmas in Berlin. Here it’s called Christopher Street Day and takes place in the second half of July each year. While the day itself is one serious party, it’s also a continued demonstration and demand for equal rights for the LGBT+ community.

Expect numerous, city-wide celebrations leading up to the actual parade, as well as countless afterparties to keep post-Pride revelers satiated. The CDS parade itself makes its way through the center of Berlin – a seemingly endless procession of party floats followed by a retinue of party-goers wearing elaborate costumes (or no costumes at all), queens and kings of all descriptions, fetishists clad heel to toe in leather, cheerful families, and a peaceful police presence.

You’ll have access to a wealth of LGBT+ resources

As a queer person living in Berlin, you’ll have almost limitless access to LGBT+ organizations who can provide both support and information. A testament to the city’s tolerance, Berlin provides services such as the LSVD (Lesbian and Gay Association for Berlin and Brandenburg) which offers a wealth of advice and different services, or the Lesbenberatung which offer one-on-one advice and counseling sessions for lesbian, bisexual and transgender women.

Likewise, there are a number of different queer-only services platform which will help you get in contact with and integrate into the queer community. For a full list of resources, check out Part 7 of Darna’s Queer Moving Guide.

If you’ve ever been denied service simply for being gay, bi, trans or anywhere in between, rejoice! The number of gay-owned businesses in Berlin is absolutely staggering, and within that community, you’ll find anything and everything you could possibly need. From gay tours to hotels, cafes like Romeo und Romeo to queer real estate companies (well, just one), Berlin has a diverse queer business base ready to serve the community without judgment or discrimination. Another interesting place in Berlin for the Professional Queer Community is Darna’s Queer Coworking Space, where one can establish great international connections in the queer community, empower one another and interact in many interesting queer projects that take part in Germany and worldwide.

And then of course there’s the queer nightlife

It’s hard to talk about Berlin without mention of its hedonist nightlife creeping in, and indeed it is one of the selling points. With countless queer bars, clubs, restaurants and other events, the queer nightlife in Berlin is a thriving scene consisting of like-minded individuals all looking to have fun. Whether you’d like a relaxed night sipping cocktails at an upmarket bar, want to dance until the sun comes up at a club like SchwuZ, or would like to explore the more devious avenues of Berlin’s party culture, you’ll have no trouble finding a safe and accepting space to do so.

Nightlife aside, the sheer size of Berlin’s queer cultural scene is hard to comprehend. Here queer culture is not just celebrated, it’s discussed and reflected upon.

Cinema lovers can attend one of Berlin’s most iconic cinemas and catch late night gay and lesbian films as part of Kino International’s MonGay program every Monday night. The Schwules Museum (or Gay Museum) has both permanent and rotating exhibitions that explore LGBT+ culture and ideas. And there are countless LGBT+ think tanks, events, galleries, and exhibitions happening every night and day of the week.